In 1983, with Chuck fresh out of welding school and the help of his father Bob, Creighton’s Welding and Hardware was born in Vienna, MD. The Creightons started in business with the mindset of hard work, dedication, and honesty. Not long after, as a side line, they would take old pickups and cut them into trailers. Then they heard tell of a company in Texas that manufactured utility trailers. Chuck bought a truck, borrowed some money, and several days later arrived home from Texas with his first load of manufactured utility trailers. The concept was good, but the quality was just not there. So they began building their own version.

As time went on, the Highway bypassed Vienna, and Bob and Chuck moved to their current location in Mardela. Years later, several companies began manufacturing higher quality utility trailers, so Creighton’s became a dealer. This allowed them to expand into hitches, accessories, and a service center. They have become the best utility trailer dealer on the shore. This father and son team has been working together for 30 years. When you call, you will always talk to a Creighton. Customers come from all over Delmarva and beyond to experience the Creighton’s difference. 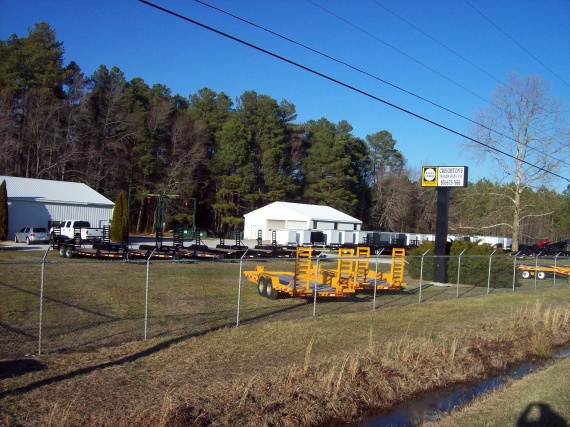